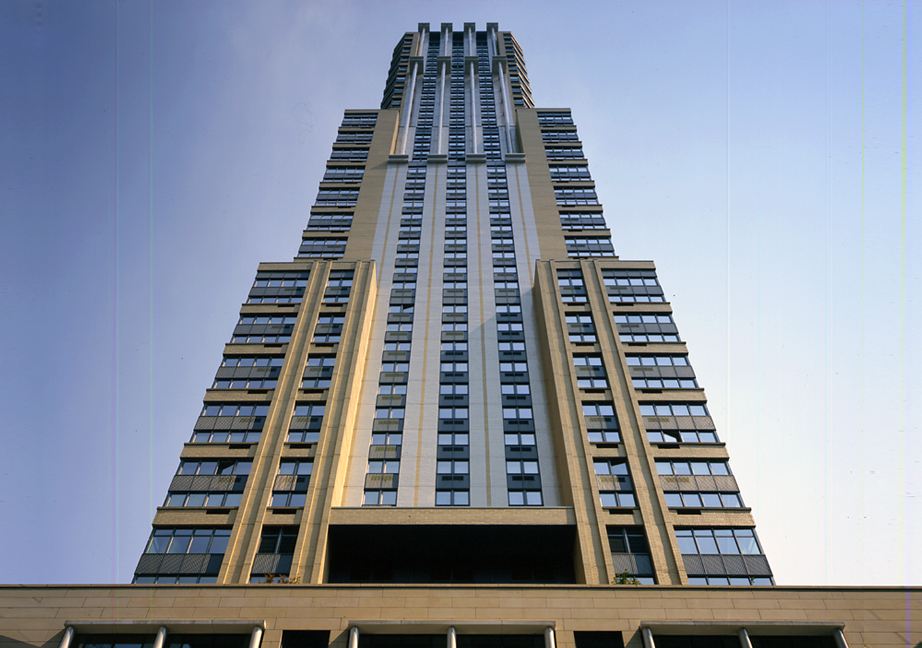 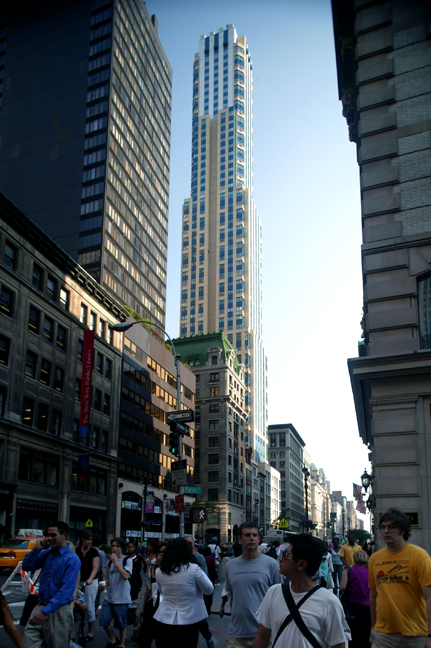 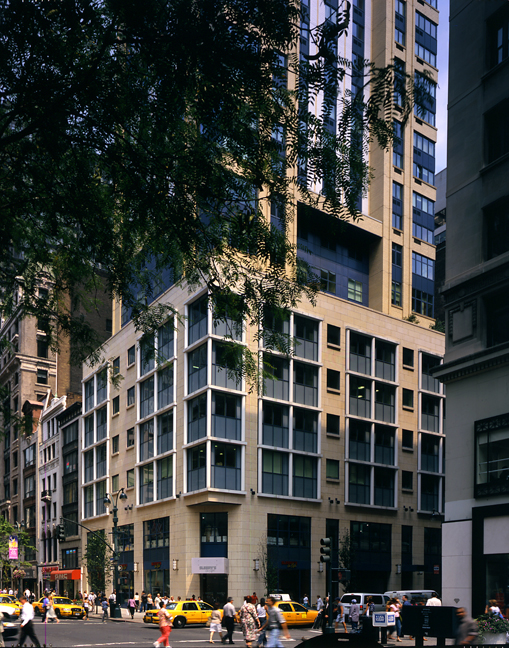 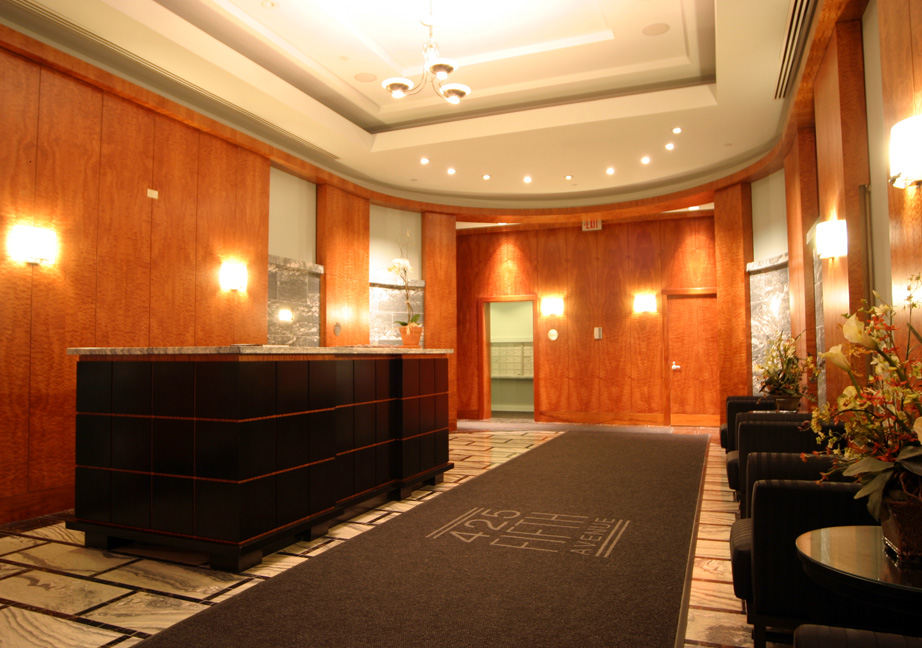 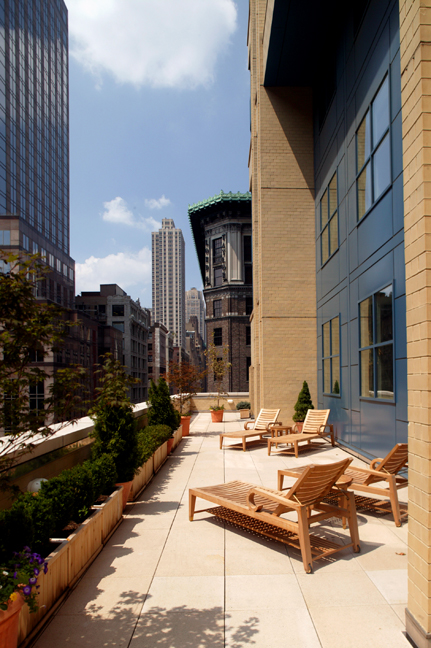 The 425 5th Avenue tower was a trendsetter in the heart of Manhattan’s Murray Hill. The first to break the skyline in this neighborhood, other towers quickly followed. The slender mixed-use commercial and residential tower finds inspiration in accentuating its verticality and height defined by mandatory setbacks to bring light and air to the city streets below.  Vertical lines of color, emphasized by the contrast between the golden yellow brick on the outer edges and the white glazed brick ‘columns’ reaching up the center, delineate a building that reaches for the sky.

The 56-story building is also sensitive toward history as it complements the historic neighborhood and assumes the form of traditional New York towers.  The lower levels incorporate retail and offices that address the street while also incorporating the spirit of nearby 20th century Beaux Arts buildings and columns framing the large windows in the base reflect a nostalgia for the former Tiffany & Company store by McKim, Mead & White.

Garnering significant media coverage as an early implementation of “starchitect” designed buildings on the Manhattan skyline, the 425 5th Avenue set the standard for many designer architecture buildings to follow.  An interesting article by the New York Times discusses the interactions of such collaborations between well-respected architects and developers.

*While working for Michael Graves & Associates with PGAL